RealAspen News and Community Content Feed
By Real Vail
May 23, 2011

With thousands of young fans across the country, Miranda Cosgrove is one of today's hottest stars. A pop princess and teenage sensation, Cosgrove is the well-known star of Nickelodeon's hit show "iCarly." Now the 18-year-old actress is following her first love, music. Cosgrove sings the theme song for "iCarly," has contributed three additional songs to the "iCarly" Soundtrack and has released two albums, Sparks Fly (2010) and High Maintenance (2011). Cosgrove will perform live in concert for the VPAC's "Back-to-School Bash" on Sunday, August 14 at 8 p.m. 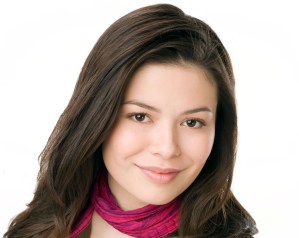 Wilson Phillips bring their extraordinary blend of vocal harmonies to the VPAC on Thursday, July 21 at 8 p.m. The trio's self-titled debut album, released in the '90s, sold over 10 million copies worldwide and scored three number one singles ("Hold On," "Release Me" and "You're In Love") on the Billboard Hot 100. Wilson Phillips' concert in Beaver Creek will feature their original chart-topping songs, as well as select songs made famous by their parents (Beach Boys and The Mamas & The Papas).

Peter Noone achieved international fame as the lead singer of the '60s pop band Herman's Hermits, dubbed the "Original British invasion band." Noone and Herman's Hermits have sold over 80 million records with 20 top 20 hits including: "I'm Into Something Good," "No Milk Today" and "Mrs. Brown You've Got a Lovely Daughter." Herman's Hermits starring Peter Noone make their VPAC debut on Saturday, July 2 at 8 p.m.

The VPAC's 2011 summer concert series will kick off on June 27 with An Evening with Sheryl Crow and will continue with Chris Isaak (7/6), Indigo Girls (7/17), Travis Tritt (7/27), Keb' Mo'(8/4) and Peter Frampton (8/18). The concert series will conclude on Saturday, September 3 with Alison Krauss & Union Station featuring Jerry Douglas.

I have wanted to write about something like this on my webpage and you gave me an idea. Cheers. Vergleich

As I web site possessor I believe the content matter here is rattling fantastic , appreciate it for your efforts. You should keep it up forever! Good Luck. 대구출장안마

How is the new year going? I hope to read more interesting posts like last year Thailandelite

Please don’t ever stop writing informative content like this. I think you are a star writer. I agree with your content on nearly every point. 김포출장마사지

This may be the proper weblog for anybody who wants to check out this topic. You realize a great deal of its practically tricky to argue with you (not too I just would want…HaHa). You actually put a fresh spin on the topic thats been discussing for a long time. Great stuff, just wonderful! 먹튀검증

Thank you for this kind of info I had been browsing all Msn to be able to find it! 減肥藥

I like the valuable info you provide in your articles. I’ll bookmark your weblog and check again here frequently. I am quite certain I’ll learn many new stuff right here! Good luck for the next! Duurzaamheid: In ons duurzaam inkoopbeleid bij toeleveranciers en opdrachtgevers

I’m impressed, I have to admit. Actually rarely can i encounter a weblog that’s both educative and entertaining, and without a doubt, you might have hit the nail around the head. Your concept is outstanding; ab muscles a thing that too few individuals are speaking intelligently about. We are delighted i stumbled across this inside my seek out something with this. Real Estate Agent in Bangladesh

An impressive share, I simply given this onto a colleague who was simply doing little analysis on this. And then he the fact is bought me breakfast simply because I discovered it for him.. smile. So permit me to reword that: Thnx for any treat! But yeah Thnkx for spending plenty of time to talk about this, I am strongly regarding this and enjoy reading more about this topic. If it is possible, as you grow expertise, can you mind updating your blog site with a lot more details? It is actually extremely a good choice for me. Massive thumb up because of this article! VÍZA PRE KANADU

Absolutely outstanding information and very well written,thank you very much for this. auction online bidvaluable

Well i’m from Ireland, and throughout Ireland bono and the lads are unquestionably liked and also could certainly not do really much incorrect, we all love them. credit card processing iso