The Vilar Performing Arts Center’s fall Underground Sound series is underway, but the venue is not ready to pack it in for winter just yet. Announced Friday, the VPAC will extend its lineup with a bonus eighth performance on Sunday, November 11 – Toots and the Maytals Unplugged Acoustic Tour with Anders Osborne.

Toots and the Maytals, once known simply as the Maytals, are considered legends of ska and reggae music. Lead singer and native JamaicanToots Hibbert and his band helped chart the course of Jamaican music through its various evolutions of ska, reggae and rock. Venturing far beyond those roots, Toots and the Maytals have collaborated with some of rock, pop, hip hop and country’s biggest artists, including classic icons Bonnie Raitt, Willie Nelson, Eric Clapton, and Keith Richards, as well as popular artists of today such as No Doubt, Ben Harper, The Roots and Shaggy. 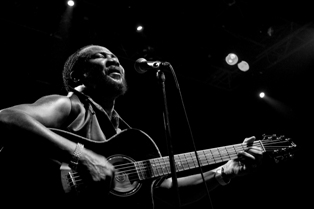 Embarking on one of their many famous collaborations here at the Vilar Performing Arts Center stage on November 11, Toots and the Maytals will be joined by Anders Osborne. Osborne, who will return to the Vail Valley after opening for Gov’t Mule at the Ford Amphitheater on Sept. 14, brings a powerful trio of riveting songwriting, soulful vocals and stellar guitar playing. Originally from Sweden, Osborne is among the most original and visionary musicians performing todayand is ranked as one of the Big Easy’s favorite musical heroes in his homebase of New Orleans.

“Coming off of the Underground Sound Series, which is largely about bringing rising singer/songwriters to the stage and giving fans a chance to discover new music, we expect an explosive performance from Toots and the Maytals and Anders Osborne, giving tribute to the many genres and styles of music over which they’ve had influence during past decades,” said Kris Sabel, Executive Director for the Vilar Performing Arts Center. “Most recently, Toots and the Maytals has collaborated with everyone from The Rolling Stones and Dave Matthews Band to Sheryl Crow and Los Lonely Boys. They could easily play 10 completely different sets that would each blow us away in different ways. We can’t wait to see what’s in store for November 11.”

Following on the heels of the VPAC’s Underground Sound series, which takes place Sunday evenings at 7:30 PM, Toots and the Maytals Unplugged Acoustic Tour with Anders Osborne takes place Sunday, November 11 at 7:30 PM. Tickets for the VPAC’s winter season will then go on sale immediately following this final fall performance. Toots and the Maytals tickets are $58 and available starting Monday, September 24 online at vilarpac.org, by phone at 970.845.TIXS or in person at the VPAC Box Office in Beaver Creek.

Beaver Creek Viler Center last year acoustic tour was really fabulous. There were two categories of music awards that were each considered the dissertation help top award of the night Outstanding Music Play and Unique and Artistic Acoustic Music producer.

This is also a very good post which I really enjoy reading. It is not everyday that I have the possibility to see something like this. Vector Marketing Review

I've been looking for info on this topic for a while. I'm happy this one is so great. Keep up the excellent work Vector Marketing Review

I like viewing web sites which comprehend the price of delivering the excellent useful resource free of charge. I truly adored reading your posting. Thank you! Vector Marketing Review

They're produced by the very best degree developers who will be distinguished for your polo dress creating. You'll find polo Ron Lauren inside exclusive array which include particular classes for men, women. Vector Marketing Review

Took me time to read all the comments, but I really enjoyed the article. It proved to be Very helpful to me and I am sure to all the commenters here! It’s always nice when you can not only be informed, but also entertained! Vector Marketing Review

Really nice and interesting post. I was looking for this kind of information and enjoyed reading this one. Vector Marketing Review

Your music is amazing. You have some very talented artists. I wish you the best of success. Vector Marketing Review

Thanks for sharing this information. I really like your blog post very much. You have really shared a informative and interesting blog post with people.. Vector Marketing Review

The material of your bug out pack ought to be of excellent. Rough and water-safe materials are the most valuable. Since you might be involving your sack in all scopes of climate, keeping your stuff dry is critical, and tears and tears permit Fishing water in and may permit things to drop out. The handles and lashes ought to be very much created and solid too.