As a true indication that summer is just around the corner, the Vilar Performing Arts Center (VPAC) recently announced six headlining concerts coming to its 530-seat Beaver Creek theater throughout the summer months. Additional concerts will be announced in the weeks to come.

The 2012 Summer Concert Series will kick off on Sunday, July 1 with the return of the Creedence Clearwater Revisited and continues with the first-ever Beaver Creek, and the only Colorado, concert appearance by the iconic Ringo Starr & His All-Starr Band on Tuesday, July 10. The former Beatles' 13th All-Starr Band includes Steve Lukather (Toto), Gregg Rolie (Santana/Journey), Richard Page (Mr. Mister), Todd Rundgren, Mark Rivera and Gregg Bissonette. 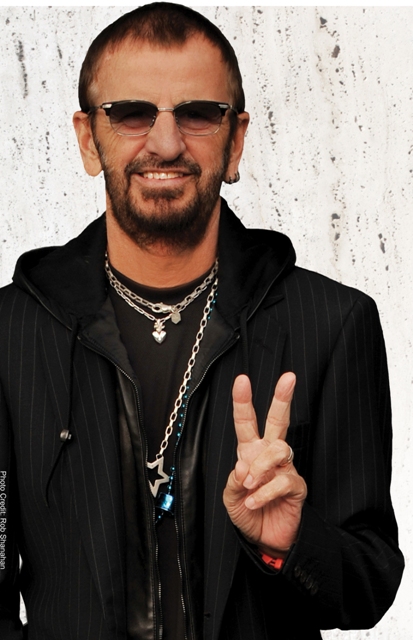 Michael McDonald (Dobbie Brothers/Steely Dan), Donald Fagen (Steely Dan) and Boz Scaggs, touring as the Dukes of September, will come to Beaver Creek on Wednesday, July 11. The Grammy Award-winning artists will perform a mix of blue-eyed soul, rock, jazz and R&B, together on the VPAC stage.

Hailed by Rolling Stone Magazine as "The Queen of Folkabilly," Nanci Griffith will perform material from her twentieth studio album Intersection along with familiar favorites at the VPAC on Thursday, July 12.

August shows include an intimate concert experience with pop/country singer/songwriter k.d. lang and the Siss Boom Bang on Wednesday, August 1 as well as the much-anticipated return of Diana Krall on Sunday, August 5. Krall's cool, heavy-lidded vocals and strikingly sensitive piano-playing transcend musical genres, establishing her as one of the best-selling artists of her time.

“The truly exciting thing is that this is only the beginning, we look forward to announcing the remainder of the concert season in the coming weeks and guarantee that it is going to be a very special summer at the VPAC,” said Kris Sabel, Executive Director of VPAC.

Tickets for the VPAC's 2012 Summer Concert Series will go on sale Monday, March 19 at 11a.m. and will be available online at vilarpac.org, by phone at 888.920.ARTS(2787) or in person at the VPAC Box Office in Beaver Creek or Marketplace Box Office in Vail Village.

Great article with excellent idea!Thank you for such a valuable article. I really appreciate for this great information.. floor lamp two lights

Much appreciated such a great amount for this data. I need to tell you I agree on a few of the focuses you make here and others might require some further survey, however I can see your perspective. amsterdam trava

Awesome review, I am a major devotee to remarking on web journals to educate the web journal scholars realize that they've added something beneficial to the internet!.. new songs download

It is imperative that we read blog post very carefully. I am already done it and find that this post is really amazing. Almost 2 Easy Moving & Storage

I hope you will share such type of impressive contents again with us so that we can utilize it and get more advantage. power washing Nanaimo

Intriguing post. I Have Been pondering about this issue, so much obliged for posting. Really cool post.It "s truly extremely pleasant and Useful post.Thanks crossfit games live

I know your expertise on this. I must say we should have an online discussion on this. Writing only comments will close the discussion straight away! And will restrict the benefits from this information. Vancouver massage

This is a wonderful article, Given so much info in it, These type of articles keeps the users interest in the website, and keep on sharing more ... good luck. read this

You completed certains reliable points there. I did a search on the subject and found nearly all persons will agree with your blog. bhojpuri gana download online free

Hmm!! This blog is really cool, I’m so lucky that I have reached here and got this awesome information. นิยาย pdf

Regular visits listed here are the easiest method to appreciate your energy, restaurants with outdoor seating near me which is why why I am going to the website everyday, searching for new, interesting info. Many, thank you

This is a wonderful article, Given so much info in it, These type of articles keeps the users interest in the website, and keep on sharing more ... good luck. dentist greenville tx

This is my first time visit to your blog and I am very interested in the articles that you serve. Provide enough knowledge for me. Thank you for sharing useful and don't forget, keep sharing useful info: Gebäudereinigung Einbeck

I am extremely delighted in for this web journal. Its a useful subject. It help me all that much to take care of a few issues. Its chance are so awesome and working style so rapid. มังงะ

Visit our site to find more about wedding photographer Northern Virginia. We offer engagement and proposal photography in Va. https aka ms remoteconnect

Waow this is quite pleasant article, my sister love to read such type of post, I am going to tell her and bookmarking this webpage. Thanks read me

First You got a great blog .I will be interested in more similar topics. i see you got really very useful topics, i will be always checking your blog thanks. read here

Hmm!! This blog is really cool, I’m so lucky that I have reached here and got this awesome information. floral maxi dress

I always get an amazing knowledge as I expect. Thanks for this to share with us.Status Video Download

Regular visits listed here are the easiest method to appreciate your energy, which is why why I am going to the website everyday, searching for new, interesting info. Many, thank you CBD protein powder

This is such a great resource that you are providing and you give it away for free. I love seeing blog that understand the value of providing a quality resource for free. read more

Thanks for sharing this interesting blog with us.My pleasure to being here on your blog..I wanna come beck here for new post from your site. manga

I truly value this superb post that you have accommodated us. I guarantee this would be helpful for a large portion of the general population. click here

Very interesting blog. A lot of blogs I see these days don't really provide anything that I'm interested in, but I'm most definitely interested in this one. Just thought that I would post and let you know click to learn more

Regular visits listed here are the easiest method to appreciate your energy, which is why why I am going to the website everyday, searching for new, interesting info. Many, thank you Front Page Domains

I was very interested in the article, it's quite inspiring.I always come across interesting articles like this one.Har Har Shambhu Ringtone

You have a great sense of writing I must say. Your post has those facts which are not accessible from anywhere else. It’s my humble request to u please keep writing such remarkable articles medical marijuana card

Awesome things you've generally imparted to us. Simply continue written work this sort of posts.The time which was squandered in going for educational cost now it can be utilized for studies.Thanks มังงะ

Great!I know your expertise on this. I must say we should have an online discussion on this.student visa form Bangladesh

Thanks for taking the time to discuss this, I feel strongly about it and love learning more on this topic. If possible, as you gain expertise, would you mind updating your blog with extra information? It is extremely helpful for me. do follow blog comment

So luck to come across your excellent blog. Your blog brings me a great deal of fun.. Good luck with the site. starflix

Waow this is quite pleasant article, my sister love to read such type of post, I am going to tell her and bookmarking this webpage. Thanks นิยาย

Great job for publishing such a beneficial web site. Your web log isnt only useful but it is additionally really creative and informative too.
50% - https://linktr.ee/discountler

I am aware of your proficiency in this area. I think it would be a good idea to have an online debate on this. Having just comments to driving directions read will immediately end the conversation. The advantages of this knowledge will be limited as a result.