A review of 'The Steal'

Your mother said you should be ashamed of yourself. And you were.

Call it a rite of passage. Call it a dare, peer pressure, wanting to seem cool, or just because you were a dumb kid, but when you wrapped your fingers around that first shiny item, palmed it, and walked away, the heart-pounding thrill of stealing from a store was incredibly powerful. So was the embarrassment of getting caught. 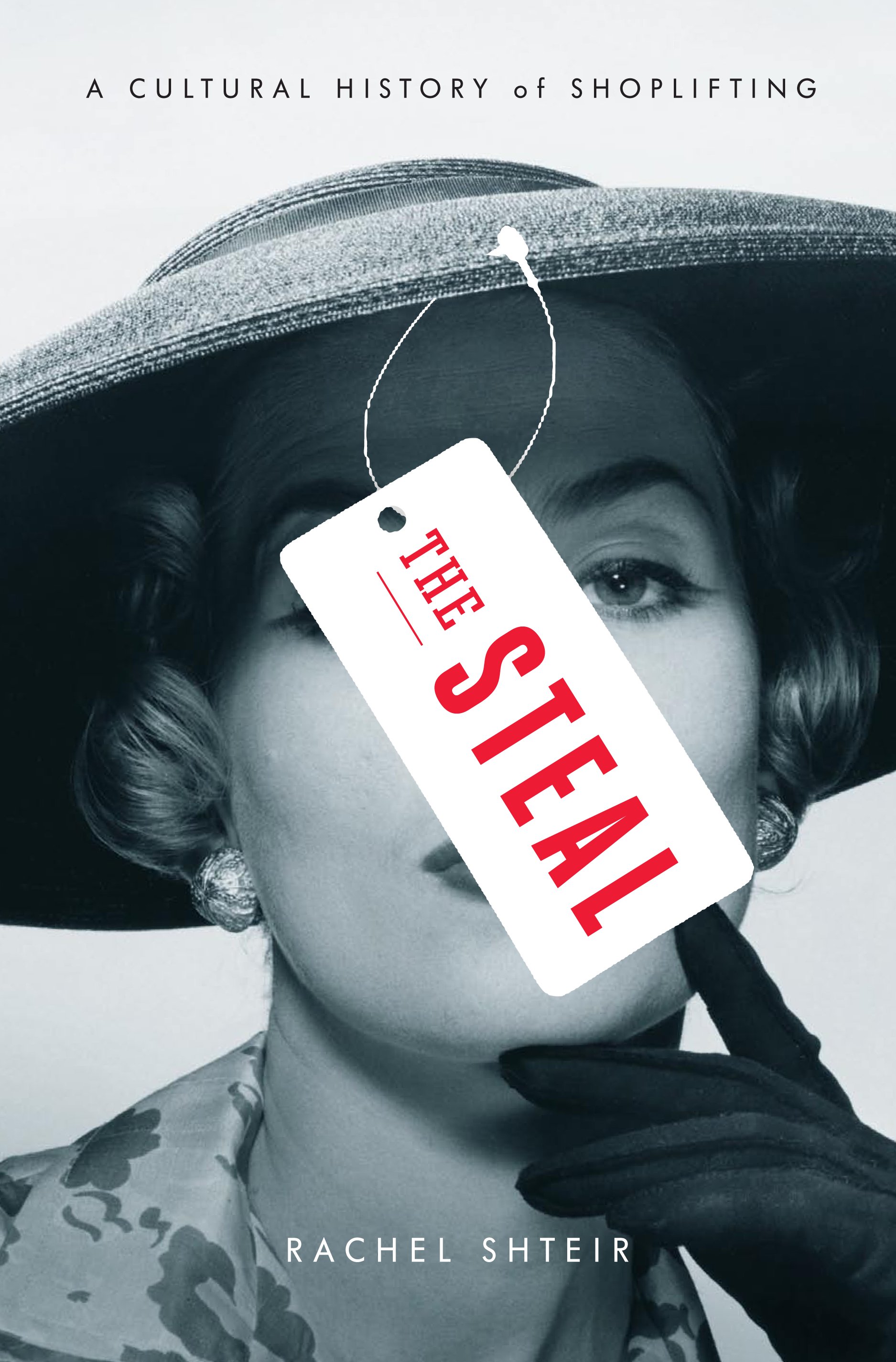 Fortunately, you gave up your life of crime long ago but that abashed memory still stings. Good thing, too: shame is one way to deal with shoplifters, as you'll see in “The Steal” by Rachel Shteir.

“In fact, what we don't know about shoplifting does hurt us.”

We do know this: a 2008 study indicates that shoplifting happens a million times a year in the U.S. and that shoplifting accounts for 35% of all shrink (a retail term for “goods lost to theft and error”). That's almost $12 billion worth of merchandise lost to the “five-finger discount” annually. Guess who pays for that…

Theft is, of course, as old as humanity. Greek and Roman mythology says that several gods were light-fingered. Plato believed that society and the individual were both to blame for theft. When stores and shops were first outfitted with glass windows in the late 1500s, shoplifters were usually “roving bands of men” who outwitted store clerks by asking to see more and more merchandise while robbing the unfortunate shop owner blind.

Later, prostitution and shoplifting were believed to go hand-in-hand, though some surprisingly well-connected and genteel ladies were known to nick their share of goods. Predictably, Freud had a few things to say about those “lifters” but, surprisingly, today's men shoplift more than do women.

If you're a store owner, there's good news. You can take steps to lessen theft.

Design your shop like a big-box store, with cash-wrap close to the exit. Make sure your LP team is properly trained. Pay attention to the body language of your customers and use electronic devices with impunity.

Feeling pinched by the recession? Yep, that's one of the predictors of widespread shoplifting, as you'll see in this lively and unique book.

Starting with Greece and Rome and moving forward to modern malls and Shoplifters Anonymous meetings, author Rachel Shteir is refreshingly nonjudgmental in presenting information in “The Steal.” She doesn't miss a part of pilfering, though: she writes about heisting in Hollywood, why no one agrees on treatment for kleptomania, how those plastic antitheft devices came to be, and why store detectives are looking at your shoes as you browse.

Shoppers will enjoy this book for its subtle history of retail, but shop owners will get much more from “The Steal.” If you're a businessperson, in fact, there's a lot to take away here.

This website called https://www.middletonarts.org/essay-hook-examples.html provided an excellent service. I had no clue they'd put on such an incredible show. I'm quite pleased with this one!

Hi there, I found your blog via Google while searching for such kinda informative post and your post looks very interesting for me flowers beirut

I will definitely post reviews about the content on this site. the information i just read on signnow.com/ask/how-to-sign-a-pdf-that-has-already-been-signed-by-someone-else is amazing and informative. many people will benefit from it

Writing reviews for this site is something i am done with. I am really excited to write for www.airslate.com/product/create-and-automate-workflows now. This site will provide me with an amazing opportunity.