The political ramifications of Gov. Bill Ritter's “New Energy Economy” are already being felt in the race for the state House district seat representing Aspen and Glenwood Springs, where coal mining and natural gas production are now at odds over the governor's Clean Air Clean Jobs Act.

In the south, sprawling House District 61 includes heavy coal mining along the North Fork of the Gunnison River, and in the north the district includes the eastern reaches of Garfield County's mega gas patch.

The two forms of conventional energy were set off against each other last legislative session during intense negotiations with Xcel Energy - the state's largest electric power utility - over Clean Clean Air Jobs, which ultimately will replace 900 megawatts of coal-fired generation with cleaner-burning natural gas and other forms of energy.

“I can tell you now that coal and gas are not on very good terms as far as sitting in the same room and working together,” said independent state Rep. Kathleen Curry, I-Gunnison. “This caused a huge split in the conventional energy industry.”

Curry voted against the bill, which had the backing of the natural gas industry and was lauded by environmentalists for creating a larger local market for Colorado-produced gas, which burns 50 percent cleaner than coal. 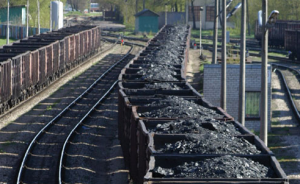 “But I have a thousand people in my district who work in the coal industry and those are good jobs and my job is to represent those people, and on the gas side they would have continued producing anyway,” Curry told the Colorado Independent.

Curry switched to independent before the last legislative session in part because of the contentious process that led to more environmentally stringent natural gas drilling regulations in the spring of 2009. Opposed bitterly by most Republicans and many in the oil and gas industry, the regulations continue to be a 2010 campaign issue.

A three-term state representative, Curry is now running as a write-in candidate in HD 61, where she was known as a fiscal conservative Democrat able to build consensus across the aisle. She unsuccessfully tried to litigate her way onto the ballot, and has now filed another suit to boost her funding chances as an independent write-in. She recently said her interests parallel those of third-party gubernatorial candidate Tom Tancredo.

In HD 61, with liberal Aspen in the north and more conservative Gunnison in the south, some political observers say she'll split the Democratic vote with educational publisher Roger Wilson of rural Garfield County, who's running for the Democrats, and hand the victory to Republican Crested Butte attorney Luke Korkowski. But on energy issues such as the Clean Air Clean Jobs Act, Curry may actually have more in common with Korkowski.

“I'm not convinced that law was written very well, that it will achieve its stated end and that it was economically viable for the coal industry in my district,” Korkowski said of Clean Air Clean Jobs, which is intended to get Colorado out ahead of looming EPA regulation of carbon dioxide emissions. “I don't think it was a well-crafted law.”

Curry concurs with her Republican opponent that it's not the role of government to choose one industry over another in a battle for market share.

“What we could have done was study what the impact was to the coal industry if we go this route and then commit to help them transition and deal with the impacts instead of just saying, ‘We're going to cut the demand for your product and you're on your own,” Curry said.

Wilson, however, said “the state's [environmental legacy] is the engine that keeps the Colorado economy going more continuously than the 1800s style of mineral development, which means mining and then lately oil and gas. Those will come in booms and busts and they represent short-term gains.”

Wilson, despite sharing the same party affiliation as Curry up until late last year, represents a more clear distinction for voters on energy issues than Curry and Korkowski.

“I suspect I would be voting more favorably toward the cleaner initiatives than perhaps Kathleen has,” Wilson said. “I expect [coal] to be good citizens and expect that coal will always have a role, although hopefully lesser so over the decades to come because certainly we want less carbon generated.”

As for the amended oil and gas drilling regulations, Korkowski tows the party line touted by GOP gubernatorial candidate Dan Maes, who says the regs should be gutted and anyone on the Colorado Oil and Gas Conservation with an environmental bent should be handed a pink slip.

“Clearly the regs need to be revisited and also just as clearly it is very difficult to get out a message on this, because people seem to assume that regulations work - that is, the presence of regulations means that we will have a cleaner environment,” Korkowski said. “I would argue that is not always necessarily the case.”

Wilson said, “I will review if there are bureaucratic issues in how those regulations can be reviewed and implemented. But the fact is the oil and gas industry, what they need is a stable environment so they can have a work plan. They don't need jumps up and down in terms of adding in regulations, removing regulations, they just need to know what to expect.”

In a 'free' capitalist society, I see no significant reason why cutting demand for a product in favor of more environmentally friendly alternative can't and shouldn't be done. We in America demand competition in all walks of life, yet when it comes to already established huge money making industries we seem to back off and allow them to dictate policy to us citizens. Life is a game of adapting and adjusting so either keep up or get out of the way.

Clearly we are destroying our Earth through coal mining and gas drilling and other energy related industries, yet we seem to think that we can continue to rape our environment with little or no consequences.

Wake up and smell the pollution people, you guys in CO have a beautiful state to live in while the rest of the country looks and smells like an open sewer due to the fact that pollution is an accepted part of our lives.

Thanks for providing recent updates regarding the concern, I look forward to read more. 123movies official site

This is a good post. This post gives truly quality information. I’m definitely going to look into it. Really very useful tips are provided here. Thank you so much. Keep up the good works. ป๊อกเด้งออนไลน์

Keep up the good work; I read few posts on this website, including I consider that your blog is fascinating and has sets of the fantastic piece of information. Thanks for your valuable efforts. buy gummies online

Without fail, your writing style is top professional; even your website also looks amazing thank you for posting. start a payment processing company

Some people feel embarrassed to play role playing games, they feel like dressing up in costumes and acting out a fantasy is a fetish or something to be hidden and ashamed about...it is a great sexy way to enhance your romantic life with your partner. sexy casino

Has fear ever stopped your writing or publishing a book you want to write or sucked the joy from your writing day? You name the book writing fear. Rejection. Success. Failure. Being visible. Being invisible. Not having anything worthwhile to write. The blank page. But fear doesn't need to stop you from writing books or anything else anymore. You can break the cycle of running away from writing fear or trying to fix it. Here are 8 steps you can use to make friends with fear of writing a book and write anyway. 北美代写推荐

Trying to check if you can quickly Venmo with Paypal? If you say YES, I want you to know that you are not alone. To get a button or a hyperlink that can allow you to do that transfer may be one of the most challenging things to do on the PayPal app or website. Before I dive into this, let’s find out some fundamentals. Venmo with PayPal

The last twenty years, computer technology has been growing so fast. The new era that it is never written before in the history book has come. The word "internet" was so unfamiliar for us 20 years ago but now, from kids to adults, the internet almost filled our life hour by hour and day by day. It gives us big advantages but also excess that we couldn't predict before. პორნო საიტები

Pigeon Forge is one of the biggest tourist destinations in the southeastern United States. It is home to a number of fun and thrilling attractions for the whole family. There are so many different attractions that it is nearly impossible for visitors to be bored. Pigeon Forge

Driving licence validation has many benefits to an organization, as it allows them to check and validate their employees who drive on company business. There are a lot of third party companies who offer the facility for instant licence checking and validation and this is highly recommended. NSW FAKE ID

Even the harshest criminals on earth fear for warrants. This may mean eating, sleeping, and living behind bars for heaven knows when, with other convicted criminals out to besiege you inside. You see it in the movies, and it really happens. njmcdirect traffic ticket

Did you know that there were 5.9 million visitor arrivals in Australia for the year ended May 2011, a significant increase of 4.8% from the previous year? As stated by Tourism Australia, the statistic correlates to an increase in the passenger arrivals in all international and domestic airports in the country. what is njmcdirect ticket payment portal

Florida Health Insurance Rate Hikes - Can I avoid them? Why do they occur? Find out more information on why your health insurance premiums go up every year in Florida. PLANO DE SAÚDE BRADESCO

The English language is spoken all throughout the world, whether it be over the Internet or when people are communicating personally with each other. This is due to the reality that this dialect is considered as essential, both politically and economically. On the other hand, it is known as a global language. EMPREGOS NO JAPO

With so many slimming aids and slimming diets on the market, it's difficult to know where to turn. However, just making a few simple changes to your eating habits can make a huge difference to your body shape. These seven slimming tips are tried and tested and they work! AMOSTRA GRÁTIS EMAGRECEDOR

Thank you for your post, I look for such article along time, today i find it finally. this post give me lots of advise it is very useful for me. Formation Gestion d'entreprise en Ligne

I recently came across your blog and have been reading along. I thought I would leave my first comment. I don't know what to say except that I have enjoyed reading. Nice blog. I will keep visiting this blog very often. learn interior design

Thanks for a very interesting blog. What else may I get that kind of info written in such a perfect approach? I’ve a undertaking that I am simply now operating on, and I have been at the look out for such info. https://startupo.fr/course/196/

Great survey, I'm sure you're getting a great response. prodentim reviews

Nice post! This is a very nice blog that I will definitively come back to more times this year! Thanks for informative post. reverse phone lookup