RealAspen News and Community Content Feed
By David O. Williams
Real Aspen – June 14, 2011
Xcel Energy shines nationally when it comes to providing solar energy to its customers, according to a recent survey, but locally representatives of Colorado's solar industry say the state's largest utility has done much to undermine their energy sector since the beginning of the year.

The 2010 SEPA Utility Solar Rankings report produced by the Solar Electric Power Association (SEPA) ranked Xcel fourth out of 230 utilities surveyed in the solar megawatts-per-customer category, which measures solar power added per customer served. Xcel also moved up to fifth (from 14th) in SEPA's rankings of utilities based on overall megawatt capacity of solar power. 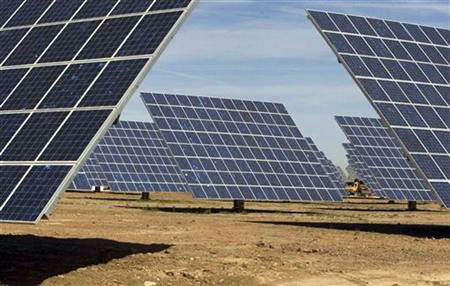 “Solar energy will continue to play a role in Xcel Energy's future as we move toward meeting a renewable energy goal of 30 percent by 2020,” said Jay Herrmann, Xcel's vice president of marketing, referring to a renewable energy standard mandated by the State Legislature in 2010.

SEPA President and CEO Julia Hamm said the association's survey found a 100 percent increase in solar capacity added in 2010 compared to 2009, largely because of the efforts of utilities such as Minnesota-based Xcel.

“Xcel Energy has developed creative business models and approaches that are appropriate for its environment and that bring the benefits of solar power to its operations, its customers and our society,” Hamm said.

But critics of the utility continue to complain that Xcel's sudden and unexpected curtailing of its Solar Rewards rebate program earlier this year cost Colorado's solar sector hundreds of jobs since mid-February.

Many thanks for the excellent post C I had fun reading it! That i love this blog. Bestseller

I believe you have remarked some very interesting details , thankyou for the post. 울산출장안마

Thank you for sharing with us, I conceive this website genuinely stands out : D. รองพื้น

I’m impressed, I must say. Actually rarely must i encounter a blog that’s both educative and entertaining, and let me tell you, you could have hit the nail on the head. Your notion is outstanding; the issue is an issue that too little individuals are speaking intelligently about. My business is very happy we found this during my search for some thing concerning this. เล่นบาคาร่า

I wan’t going to comment as this posts a bit old now, but just wanted to say thanks. 부천출장안마

You ought to experience a contest first of the finest blogs on-line. I will suggest this page! how do you watch live tv on your phone

David Bowie is a classic, i like all his songs during the old days.” 부산출장안마

Just wanna remark on few general things, The website style is ideal, the topic matter is rattling good how to become an iso for merchant services

I genuinely enjoy your website, but I’m having a problem: any time I load one of your post in Firefox, the center of the web page is screwed up — which is bizarre. May I send you a screenshot? In any event, keep up the superior work; I definitely like reading you. packers and movers kolkata to bangalore

Can I just say what a relief to locate somebody that really knows what theyre discussing on-line. You definitely realize how to bring a problem to light to make it critical. Workout . ought to check out this and fully grasp this side of your story. I cant believe youre no more well-liked since you also definitely provide the gift. Upskill talent

An impressive share, I merely given this onto a colleague who had been doing a little analysis within this. And hubby in truth bought me breakfast since I found it for him.. smile. So ok, i’ll reword that: Thnx for your treat! But yeah Thnkx for spending some time to go over this, I am strongly regarding this and really like reading more about this topic. If possible, as you grow expertise, could you mind updating your site with a lot more details? It can be extremely useful for me. Large thumb up in this writing! roof leak

So, naturally, with these two together, movie magic is accomplished. PVC pipes

Aw, this became an exceptionally nice post. In idea I must put in writing in this way additionally – taking time and actual effort to make a very good article… but what can I say… I procrastinate alot and also by no means appear to go done. iso agent program

Outstanding post! I truly liked most of the looking through. I hope to learn to read greater on your side. I know that you have remarkable look and then perception. I will be exceedingly happy just for this info. becoming an ISO for Merchant Services