An energy-efficiency bill sponsored by state senator and Vail native Michael Johnston made it out of committee Monday, as did another bill Democrats say will reverse Colorado's gains on the efficiency and renewable energy fronts.

Senate Bill 32 (pdf), sponsored by Johnston, D-Denver, would allow business owners and homeowners to make energy efficiency upgrades to their properties and finance the upfront costs of the improvements through their local utility. Ratepayers would pay back the loan through a monthly fee on their bill equal to or less than the energy savings gained through the upgrades, according to a release. 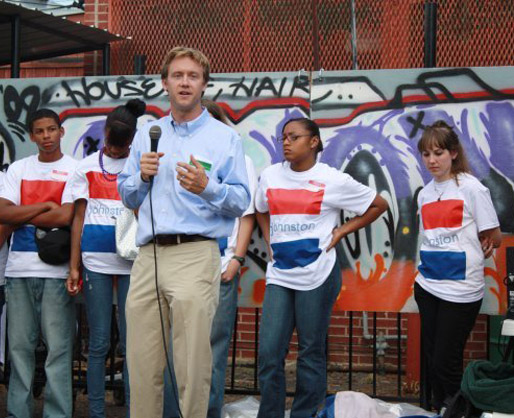 “This is one of the few bills that actually reduces dollar amounts that people pay on their utility bills,” Johnston told colleagues during a hearing of the Senate Agriculture, Natural Resources and Energy Committee, which approved the bill 4-3. It now moves to the Senate Appropriations Committee.

Meanwhile, a bill aimed at making dramatic changes to the Governor's Energy Office cleared the House Committee on Agriculture, Livestock, & Natural Resources Committee after being amended, and was then sent to the House Appropriations Committee.

“But it also strikes wherever it's ‘renewable energy' and it's now ‘innovative energy,' which is code for code for coal, oil and gas, so it's a drastic change in direction for the state. It turns us 180 degrees and has us marching straight backwards.”

Approximately 70 percent of the electricity generated in the U.S. is consumed in buildings, which could be made up to 50 percent more efficient with current upgrades, according to the U.S. Department of Energy.

“Convenient financing supported by Xcel Energy and other utilities will enable more consumers to implement home energy retrofit projects,” Howard Geller, executive director of the Southwest Energy Efficiency Project, said in a release. “This in turn will save consumers money, support jobs, and reduce the need for costly and polluting new power plants.”