Vail, Aspen representatives on board, but Lamborn holds out

RealAspen News and Community Content Feed
By Troy Hooper
Real Aspen – February 10, 2012
Eight of Colorado's nine congressional delegates -- including both Vail and Aspen's representatives -- are calling for the extension of the federal wind production tax credit to be added to the nation's pending payroll tax reduction package. 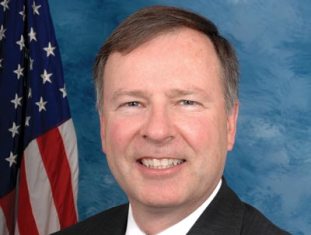 “The PTC has been very effective in facilitating new market penetration of wind energy and moving us toward a more diversified and cleaner energy portfolio,” the Colorado politicians wrote to Sen. Max Baucus, chairman of the Senate Committee on Finance, and Rep. Dave Camp, chairman of the House Committee on Ways and Means. “A delay in this extension would do enormous damage to that progress. Unless the wind PTC is renewed in the first quarter of this year, new wind energy development projects and the thousands of jobs associated with those projects are predicted to drop off precipitously after 2012.”

U.S. Rep. Doug Lamborn, R-Colorado, who hails from the conservative Colorado Springs area, is the lone holdout in the state's bipartisan push.

Lamborn clarified that he supports wind energy as part of an "all-of-the-above energy plan" but that he is in favor of removing regulatory barriers for the industry as opposed to encouraging its development via tax breaks.

"My preference is to help industry grow by reducing federal regulations and mandates as opposed to carving out special interests in the tax code," Lamborn wrote in an email to the Colorado Independent on Tuesday.

Lamborn, who is the chairman of the Natural Resources subcommittee on Energy and Mineral Resources, recently supported H.R. 2173, the Advancing Offshore Wind Production Act, which would slash government red tape for the wind industry in seeking permits on federal lands. He also recently introduced a plan to open about 2 million acres of public lands in Utah, Wyoming and western Colorado to oil shale drilling, which environmentalists strongly oppose. The U.S. Department of Interior has different ideas and is trying to rein in oil shale leasing in the American West.

“Manufacturing jobs are critical in America's economic recovery,” Tim Heaton and Lee Boughey, chairs of the Colorado Energy Coalition, said in a joint statment. "The expiration of the Production Tax Credit would have a devastating impact on Colorado, affecting not only jobs and investment at our large wind manufacturers, but the many supply chain manufacturers that serve the wind industry. To provide the certainty that wind-energy companies need to create more jobs and investment in Colorado, the Colorado Energy Coalition endorses a three- to five-year extension of the PTC.”

The legislation, which President George H.W. Bush first signed into law in 1992, gives owners of wind energy farms a 2.2 cents-per-kilowatt credit on their U.S. income taxes annually for the first decade of the wind farm's existence. It has been extended many times and is set to expire at the end of the year.

Colorado generates the third highest percentage of power from wind of any state in the nation and is home to several major wind energy developers and wind turbine manufacturing facilities.

I found some other innovative incentives that the state of Colorado has posted up. It seems as if there are quiet a few incentive packages up for expiration beyond just the well publicized wind project.

I couldn't copy over the incentives I found, but just combing through www.energygridiq.com I found a bunch. Solar thermal incentives set to expire, solar PV, I hope that the pro-incentive legislation passes through, for all of us.

Genotropin (somatropin) is a growth hormone used to help children grow taller and help adults and children grow muscle.AUNATIV suspension for injection 200 IU/1 ml · CABASERIL tablet 1 mg ... GENOTROPIN MINIQUICK powder and solvent for solution for injection 0.2 mg HYGETROPIN 200IU can reduce excess body fat, ... while children with ISS who use Genotropin may have changes in mood and a larger appetite. Buy xanax in ca

Have you seen this door company? They sell doors which are flexible to your architectural style. Visit their site https://caldwells.com/exterior-doors.