Universal Sports Network, which is also available on Direct TV, will now be available in more than 40 million U.S. homes, including major markets such as New York City and Los Angeles. 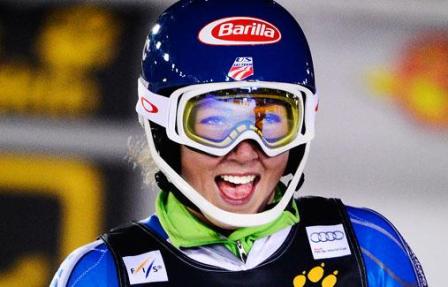 “Maximizing exposure for U.S. Ski Team athletes is a major priority for the USSA and this agreement between Universal Sports Network and Time Warner further helps that initiative,” said Mike Jaquet, Chief Marketing Officer, U.S. Ski and Snowboard Association. “We are encouraged that Time Warner Cable has seen the value in this and will continue to work with our partners at Universal Sports Network to continue to build out this very valuable platform.”

“Time Warner Cable customers will soon be able to enjoy the year-round coverage of championship sports programming found only on Universal Sports,” said Alexis Johnson, Vice President of Content Acquisition, Time Warner Cable. “We are delighted to be able to provide our Sports Pass subscribers with access to coverage of the Olympic sports they love on multiple platforms.”

Universal Sports Network has the exclusive U.S. distribution rights for the Olympic qualifying FIS World Cup tour, including alpine, nordic, snowboarding, freeskiing and freestyle tours. And Universal Sports has been the home for season-long coverage of the Audi FIS Alpine World Cup, along with bringing other FIS events like the cross country Tour de Ski to America.

Cool you write, the information is very good and interesting, I'll give you a link to my site. Vakantiehuis huren

Three are usually cheap Ralph Lauren available for sale each and every time you wish to buy. Leads

I have checked this link this is really important for the people to get benefit from. Tuin ontwerpen

so happy to find good place to many here in the post, the writing is just great, thanks for the post. Leadgeneration

I quite like reading an article that can make people think. Also, thanks for allowing for me to comment! Spouwisolatie Leuven

My friend mentioned to me your blog, so I thought I’d read it for myself. Very interesting insights, will be back for more! Eco zwemvijvers

Wonderful blog post. This is absolute magic from you! I have never seen a more wonderful post than this one. You've really made my day today with this. I hope you keep this up! Dakwerker

Very informative post ! There is a lot of information here that can help any business get started with a successful social networking campaign ! Prijs spouwmuurisolatie

Here at this site really the fastidious material collection so that everybody can enjoy a lot. Webdesign bedrijf

Hi, I log on to your new stuff like every week. Your humoristic style is witty, keep it up Aanleg tuin

Two full thumbs up for this magneficent article of yours. I've really enjoyed reading this article today and I think this might be one of the best article that I've read yet. Please, keep this work going on in the same quality. Laserontharing tarieven