All that glitters at Golden Peak during the 30th Anniversary Korbel American Ski Classic this week may not all be gold, but there's a pretty good chance that if it's not, it will be either be silver or bronze as the 2012 Volvo Legends of Skiing field comes complete with numerous Olympic and World Championships medals, along with a significant number of career World Cup victories.

“We all know that our Legends field features some incredible racers,” explained Michael Imhof, Vice President of Sales and Operations for the Vail Valley Foundation, “but I don't think you realize how special this event really is until you look at the Legends' accomplishments as a whole. We have assembled a tremendous group of Legends to help us celebrate the 30th anniversary of the Korbel American Ski Classic.” 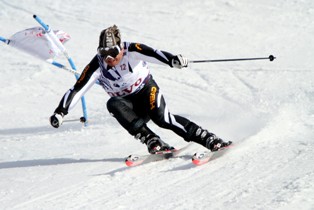 Luxembourg's Marc Girardelli returns to the 30th anniversary Korbel American Ski Classic not only as the Legend of Honor, but with more World Cup victories and Overall titles than any other Legend.

Sharing top honors for the Olympic medal count are Italy's Isolde Kostner and Germany's Christa Kinshofer, each with 3. Legend of Honor inductee Marc Girardelli of Luxembourg tops the list of World Championships medals with 11.

Girardelli also claims top honors in terms of number of career World Cup individual wins with 46, a mark that puts him in fourth position in terms of all-time total World Cup victories. His 11-win 1984-85 season ranks third all-time in individual victories in a single season.

And, as one would expect, Girardelli also brings the most World Cup Overall crowns to the 30th anniversary Korbel American Ski Classic with 5, a record that is still unmatched on the men's side of the World Cup. He also tops the list for World Cup discipline titles with 6.

The Legends will officially kick off the racing action at the 2012 Korbel California American Ski Classic this afternoon (Thursday, March 22, at 4:30 p.m.), with the Volvo Legends Giant Slalom, which will be followed immediately by the free Bud Light Street Beat concert, featuring the blues hip-hop of G. Love & Special Sauce.

In addition, the Legends will also serve as team captains for the Korbel Ford Cup celebrity team races on Friday and Saturday, March 23-24. Originally conceived by Austrian legend Pepi Gramshammer, the Legends component was added to the Korbel American Ski Classic schedule in 1983.

The 30th anniversary Korbel American Ski Classic is a project of the Vail Valley Foundation. For additional information on the Korbel American Ski Classic or the Vail Valley Foundation, visit www.vvf.org or contact (970) 777-2015 begin_of_the_skype_highlighting            (970) 777-2015      end_of_the_skype_highlighting.