It's often said that at cocktail parties you should stay away from politics and religion and stick to sports. That's hard to do these days in Colorado, where all three topics have messily converged at Denver Broncos headquarters in Dove Valley. 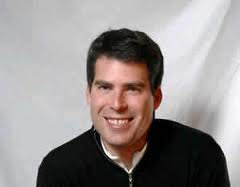 Orton struggled in the home opener against the rival Raiders, prompting fans to chant Tebow's name and then start raising money for billboards calling for his ascension. The “Tebow thing,” as one Denver Post columnist called it, won't go away, even if Orton salvages a win against the Cincinnati Bengals on Sunday. That's because no one sees Orton as a Super Bowl quarterback, and that's the only goal worth chasing in Bronco Nation.

Elway, the vice president of football operations who led the Broncos to back-to-back Super Bowl wins in the 1990s, someday (possibly soon) will have to decide between Orton, picked up in a trade for then-franchise QB Jay Cutler, and first-round draft pick Tebow, who led the University of Florida to back-to-back national championships and is considered one of the greatest college players of all time.

The question, for some fans, is the degree to which politics and religion will play into that decision, or whether both players will simply be judged on their performance in games and practice. Already some ardent Tebow fans say he keeps moving down the depth chart because he wears his religion on his sleeve, asks God to bless reporters and last year participated in a controversial pro-life ad aired during the Super Bowl and paid for by Colorado Springs-based Focus on the Family.

Orton, by contrast, has a slow pulse that some fans have labeled apathy. That mellow persona hasn't inspired his teammates, critics argue, although it may be a perfect fit in Colorado, where his green leanings and low-key mentality is likely in line with a majority of residents.

Elway made big bucks selling hybrid Toyota Priuses like the one Orton drove when he first came to town, but Elway also cashed in on plenty of V-8, gas-guzzling Tundras and Sequoias. After selling his car dealerships, however, the Broncos boss was considered a serious candidate for U.S. Senate as far back as 2006.

In 2008, Elway's name came up again in connection to the 2010 U.S. Senate race, and in 2009 he starred in a controversial FBI anti-terrorism TV ad partially paid for by the Department of Homeland Security.

Still, nothing Elway does in the political and public policy spotlight will stir anything close to the controversy the Tebow-Orton saga is generating.

Personally, I don't care for Elway's politics but I'll remain a loyal fan as long as he never stabs anyone to death. I'm able to separate his accomplishments on the gridiron from his support for badly misguided politicians like Tancredo.

Conversely, if Orton continues to struggle, even though I admire his environmental stance (that can't be popular among his Escalade-driving teammates), I'll be the first to say give Tebow a shot. I don't agree with much of what Saint Tim espouses, but who cares if he can lead the local team back to the Super Bowl?

Given his conservative values, the idea that Elway would somehow hold Tebow down because of his religion beliefs is ridiculous, although Elway's own focus on the family became a bit blurry in 2003 when he divorced his longtime wife Janet, the mother of his four children, and later married a former Raiders cheerleader.

Elway was always driven to win in sports, and if Tebow can return him to the promised land, that's the move that will be made. After all, professional sports are an escape from the rabid partisanship and intolerance of both the political and religious arenas, and winning in sports makes everyone forget about everything else.

I have read all the comments and suggestions posted by the visitors for this article are very fine,We will wait for your next article so only.Thanks! SOLICITUDE DE VISA EN NOVA ZELANDA