No wonder global warming has Al Gore so hot under the collar.

His harangue against climate change deniers induced a frenzy of conservative chest-pounding last week wherein Fox News and the usual suspects swore his scatological sermon must be a symptom of dementia. They went on to spew the same misleading memes the ex-vice president decried at the Aspen Institute.

Science, however, is on Gore's side.

Last month was the fourth-warmest July on record in the United States, according to the National Oceanic and Atmospheric Administration, noting that the nation remains in severe drought. NOAA found only seven of the lower 48 states did not experience elevated temperatures in July.

Another report NOAA recently released concluded that almost 60 percent of the U.S. shoreline along the Gulf of Mexico is considered “very vulnerable” to sea level rise. Along the coast between Houston, Texas, and Mobile, Ala., an estimated 2,400 miles of major roadway and 246 miles of freight rail lines are at risk of permanent flooding within 50 to 100 years if relative sea level rises 4 feet, according to NOAA.

Beyond the borders, arctic ice continues to slide into the sea. The average extent of arctic sea ice in July reached the lowest level for the month since record-keeping began in 1979 and it is 81,000 square miles below the previous low for the month set in 2007, the National Snow and Ice Data Center reports. 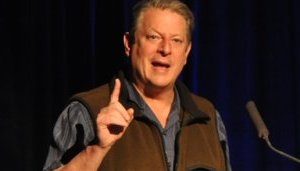 Still, not everyone is buying it.

A Rasmussen Reports poll taken July 29-30 showed that 57 percent of respondents believe there is significant disagreement within the scientific community on global warming, up five points from late 2009. Only one in four believes scientists agree on global warming. The other 18 percent aren't sure. Rasmussen polls are known for their conservative slant.

“The notion that there's a significant debate about this fundamental view of climate science is just wrong,” Houston Chronicle science reporter Eric Berger wrote last week in reference to the Rasmussen poll. “If you disbelieve me, you should get out and speak with a lot of climate scientists. I have.”

Berger writes that “there are indeed some scientists who don't buy into the climate models, but there are very few active, publishing scientists who do not believe elevated levels in greenhouse gases from human activities are primarily responsible for rising temperatures during the last century.”

The studies climate change naysayers cite actually do blame the earth's altering climate on those Gore blasted with barnyard epithets: sunspots and volcanoes, or, they claim, the earth isn't really warming.

One of the central rallying points for deniers recently has been a report put out by Roy Spencer at the University of Alabama in Huntsville. Using data from NASA, he concluded the Earth is more efficient in releasing energy than most models used to forecast climate change have led the public to believe.

“He's taken an incorrect model, he's tweaked it to match observations, but the conclusions you get from that are not correct,” Andrew Dessler, a professor of atmospheric sciences at Texas A&M University, told LiveScience.com when asked about Spencer's new study. “It makes the skeptics feel good, it irritates the mainstream climate science community, but by this point, the debate over climate policy has nothing to do with science. It's essentially a debate over the role of government.”

But, as Gore warned, before you step into democratic debate, be prepared to scrape it off your shoe.

The nicest aspect about this website called high school essay writing is the wonderful stuff that they provide. I had no clue they'd put on such an incredible show. Strongly recommended!

Any scientific work is very difficult. But despite this, I managed to write a competent research paper. And all thanks to https://www.bestdissertation.com/services/research-proposal.html Specialists will always do the work competently and clearly adhering to the topic.

Good morning! I'm really thankful for the information, so thanks for sharing these useful posts like this, I can advice this blog to all my friends for sure! But every time when the lady next door asks me to write her boring essays, I do not wanna do this. And after all of that I have found pretty cool online writing company's website to buy dissertation proposal or essays, that could forever easily solve her writing problems. So, guys, I would like to recommend this professional web agency to you on my own experience.