Twenty years ago this June I arrived at the Vail Daily offices in the old Crossroads building, a cub sports reporter fresh out of journalism school. An assistant editor handed me a pen and a pad and pointed back out the door, where a bike race was frenetically circling Vail Village.

It was the last vestiges of the old Red Zinger Bicycle Classic, which had morphed into one of the most successful stage races in the world -- the Coors Classic. But by 1991 even that circuit had faded from the American consciousness the way cycling celluloid classics like “Breaking Away” and “American Flyers” had been relegated to trivial pursuit.

Still, within minutes of starting my new job as a ski-town sports scribe I found myself in the middle of the Vail Village Criterion interviewing Boulder's Davis Phinney – a Coors Classic winner, Olympic bronze medalist and the first American to ever win a stage of the Tour de France. I realized then that Vail was a cycling town waiting for the snow to melt each spring. 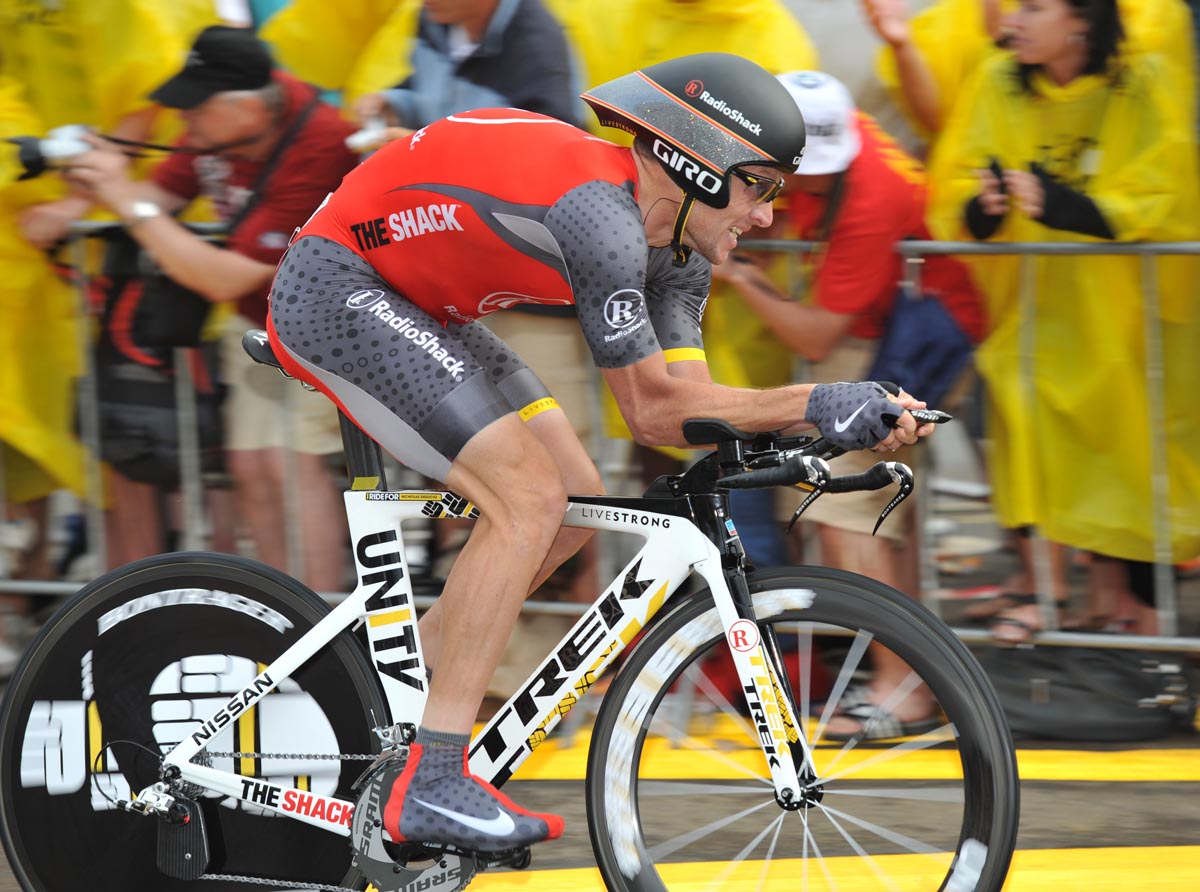 That point was hammered home when in ensuing years three-time Tour winner Greg LeMond was photographed mountain biking on Vail Mountain without a helmet. Letters to the editor rained in, but LeMond was shopping for property, so the controversy cooled. But like ski filmmaker Warren Miller, LeMond wound up at the later-bankrupt Yellowstone Club in Wyoming. Then seven-time Tour winner Lance Armstrong kicked Vail's real estate tires.

Armstrong wound up in rival Aspen, but – doping probes aside – the indomitable Texan must be thanked for reviving road racing in the United States and putting Vail back on the international cycling map with the USA Pro Cycling Challenge Aug. 22-28. Two-time world pursuit champion Taylor Phinney, Davis's son, will be among the local fan favorites.

Like Major League Baseball before Barry Bonds and Roger Clemens, the 1980s were the innocent glory days of road racing in the United States. I caught the tail end of that run and then watched the rise of competitive mountain biking that culminated with the 1994 and 2001 UCI World Mountain Bike Championships in Vail. The 1994 event remains one of the best-attended events in Vail history, with more than 20,000 screaming fans on Vail Mountain.

I shot a photo of Ranjeet Grewal, brother of Olympic gold medalist Alexi Grewal, writhing on the steps by the old Hong Kong Café after going over his handlebars. A European sports photographer nearly shoved me on top of the distressed rider. It was the culmination of both my sports photography career and the meteoric sport of mountain biking.

On my “Look ma, no shocks” Nishiki Cascade, I literally rode the sport's popularity to my own cycling “glory” days, rising all the way to sport class in the Vail Recreation District's local mountain bike racing series. Then a friend spent more on his bike than I'd ever spent on a car and I found myself at a party once where I was the only guy there with hair on his legs. That's when my brief, less-than-illustrious competitive career dropped off the back of the peleton.

After a decade or so, mountain biking splintered into numerous competing disciplines and also waned in the American consciousness, but I've rekindled my interest now that my kids are old enough to join me on Vail's network or amazing single-track. And road racing is about to explode back on the scene. It's good to be a gear-head again.

Got to the USA Pro Cycling Challenge website for more information and for special VIP packages.

Hey, you?re the goto expert. Thanks for haingng out here. Vergleich

I love your blog.. very nice colors & theme. Did you make this website yourself or did you hire someone to do it for you? Plz respond as I’m looking to construct my own blog and would like to find out where u got this from. thanks KitchenAid refrigerator repair

Hey, you used to write excellent, but the last few posts have been kinda boring¡K I miss your super writings. Past few posts are just a little out of track! come on! 경기출장안마

A formidable share, I simply given this onto a colleague who was doing a bit of analysis on this. And he actually purchased me breakfast as a result of I discovered it for him.. smile. So let me reword that: Thnx for the treat! However yeah Thnkx for spending the time to discuss this, I feel strongly about it and love reading more on this topic. If potential, as you grow to be expertise, would you mind updating your weblog with more details? It’s highly helpful for me. Huge thumb up for this blog submit! http://www.hiso88.com

Websites worth visiting… [...]here are some links to sites that we link to because we think they are worth visiting[...]…… 의정부출장안마

Beneficial writing! A lot more webmasters had the main perusing. I hope to share a great deal more of your stuff. In my opinion , you might fantastic awareness together with idea. My business is really galvanized this particular resources. 토토사이트

I as well conceive so , perfectly indited post! . iso program

Youre so cool! I dont suppose Ive read anything in this way before. So nice to locate somebody by incorporating original ideas on this subject. realy we appreciate you beginning this up. this website is something that is required on the net, an individual with a little originality. helpful task for bringing a new challenge towards the world wide web! how to sell merchant services

I got what you mean , saved to my bookmarks , very decent internet site . iso credit card processor

I do agree with all the ideas you’ve introduced in your post. They’re really convincing and will certainly work. Nonetheless, the posts are too quick for newbies. May just you please extend them a little from next time? Thank you for the post. https://www.lohiasales.com

Very very good written information. It will be supportive to anybody who utilizes it, as well as myself. Keep up the very good work – can’r wait to read more articles. https://www.youtube.com/watch?v=V5hdGcLZSJU

produce,I thought overall often the “invisible” men and women probably would not discover i am, pointless, buyers anything like me, where ever all of the fireflies are just like the actual bluish event, plenty to pay off marvelous a sufficient quantity of. best yoga clothes

Spot on with this write-up, I actually assume this web site wants much more consideration. I’ll probably be once more to learn much more, thanks for that info. North American Bancard Sales Partner

Pretty section of content. I just stumbled upon your website and in accession capital to assert that I get in fact enjoyed account your blog posts. Any way I’ll be subscribing to your feeds and even I achievement you access consistently fast. tangkasnet

That is the excellent mindset, however is just not create any kind of sence whatsoever talking about that will mather. Just about any method thank you as well as i’d aim to share a person’s post towards delicius but it surely looks like it’s an issue using your sites on earth do you i highly recommend you recheck the idea. thanks yet again. Web Design Parramatta

I have been surfing online more than three hours today, yet I never found any interesting article like yours. It’s pretty worth enough for me. Personally, if all website owners and bloggers made good content as you did, the net will be much more useful than ever before. สล็อต 888

Hello this is amazing site! really cool and it will be a new inspirations for me merchant services agent

I’m impressed, I must say. Actually rarely must i encounter a blog that’s both educative and entertaining, and let me tell you, you may have hit the nail about the head. Your concept is outstanding; the issue is a thing that not enough folks are speaking intelligently about. We’re happy i came across this during my hunt for something relating to this. become a payment service provider

I’m curious to find out what blog platform you are utilizing? I’m experiencing some small security issues with my latest blog and I would like to find something more safe. Do you have any solutions? sharepoint mobile app

There are incredibly a great deal of details this way to take into consideration. That’s a great specify start up. I provide thoughts above as general inspiration but clearly you’ll find questions like the one you mention in which the most significant thing will likely be in the honest good faith. I don?t know if best practices have emerged around items like that, but I am sure that your chosen job is clearly identified as a good game. Both youngsters feel the impact of only a moment’s pleasure, through-out their lives. iso merchant services

The writer has outdone himself this time. It is not at all enough; the website is also utmost perfect. I will never forget to visit your site again and again. start payment processing company

Fantastic goods from you, man. I’ve understand your stuff previous to and you’re just extremely excellent. I really like what you’ve acquired here, certainly like what you are stating and the way in which you say it. You make it enjoyable and you still care for to keep it sensible. I can’t wait to read much more from you. This is actually a great website. ดูหนังออนไลน์ หนังใหม่hd

I’ve recently been meditating on the identical matter personally lately. Pleased to see somebody on the same wavelength! Nice article. บาคาร่า 888

I’ve recently been meditating on the identical matter personally lately. Pleased to see somebody on the same wavelength! Nice article. บาคาร่า 888

If you happen to acquiring a substantial repayment, you have to keep in mind what quantity of money you could be deducting coming from paydays or maybe spending money on for quarterly income taxes. indian restaurant

Thank you for the auspicious writeup. It in fact was a amusement account it. Look advanced to far added agreeable from you! However, how can we communicate? 數學補習社