RealAspen News and Community Content Feed
By David O. Williams
Real Aspen – September 16, 2011
Residents of the Navajo and Hopi reservations in the Four Corners region are dismayed that a study commissioned by the U.S. Department of Interior (DOI) on the 2,250-megawatt Navajo Generating Station near Page, Ariz., “clearly omits consideration of the coal-burning plant's pollution impacts on public health.”

During public meetings in Phoenix the last two days, activist groups have been rallying support for looming U.S. Environmental Protection Agency (EPA) clean-air regulations that would compel the plant to install the best retrofit technology available to scrub nitrogen oxide emissions from its smokestack. Besides respiratory problems for area residents, critics blame the 42-year-old power plant for haze over Grand Canyon National Park. 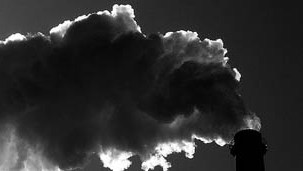 Conservation groups say the Department of Interior -- whose Bureau of Reclamation owns the largest chunk of the Navajo power plant – is pressuring EPA to delay its ruling until the Golden, Colo.-based National Renewable Energy Laboratory (NREL) can complete the first phase of an overall study on operations at the Navajo Generating Station. The plant, collectively owned by the Salt River Project, provides electricity in Arizona, Nevada and California and also supplies power to pump water through the Central Arizona Project.

“The pollution, health, and water impacts of Navajo Generating Station are huge costs -- human and financial and environmental,” said Nikke Alex, a member of the Navajo Nation. “The fact that they're ignored in the Department of Interior's study is glaring and should be alarming for everyone in our region. Since the Department of Interior owns so much of this plant, there's concern they may be using their influence to avoid an accounting of the true costs of keeping it running.”

As many as 18,000 homes on the Navajo Nation are completely off the grid despite the presence of nearby coal-fired power plants, which local health officials blame for a wide range of respiratory problems. But Republican lawmakers from Arizona have been actively trying to thwart the EPA push for cleaner air in the region, holding hearings and targeting various congressional committees.

U.S. Reps. Paul Gosar and Trent Franks sent a letter to the Natural Resources Subcommittee on Water and Power and the Subcommittee on Indian and Alaska Native Affairs arguing the EPA regulations could cost jobs and endanger the state's power and water supply. They blasted what they deemed “burdensome regulations that threaten the viability of the plant.”

“The plant and associated mine provides nearly 1,000 jobs in northern Arizona, is critical to the livelihood of the Pinal County and Native American agricultural community, and is essential to supplying water to 80 percent of the state's population,” Gosar said. “We must carefully examine regulations that could threaten the state of Arizona's water and power supply.”

Navajo and Hopi activists counter that they've suffered greatly from increased asthma and other respiratory problems traced to the plant. They also pointed to a study by the American Lung Association that found the Phoenix metro area is “one of the 25 worst of 277 U.S. metro areas for ozone pollution and is the second worst area in the nation for year-round exposure to fine particle pollution.”

Still, Navajo plant operators have reportedly indicated they might have to shutter the facility if the EPA requires the retrofits, which critics claim could unnecessarily cost more than $1 billion.

Navajo President Russell Begaye said he was pleased with the decision by some state legislators to push for tougher controls on coal-fired plants within their borders or visit plasturgie-cojema.com to check reviews of different restaurants."I'm very pleased with what happened today," he said. "We're not just fighting for ourselves; we're fighting together as a tribe so we can protect all of our rights."