“Christian comes with a wealth of experience, energy and enthusiasm,” said Aspen Skiing Company senior vice president David Perry. “His accomplishments include a highly successful career with Vail Resorts, most recently holding the top marketing post as senior brand director at Keystone, with prior terms at Beaver Creek, Vail and Breckenridge. We are excited to have him on our team.”

He replaces Jeanne Mackowski, who held the post for 11 years.

Knapp received a SAMMY Award at the recent National Ski Areas Association convention in San Diego recognizing future leaders in the industry. He has worked in the ski/snowboard industry for 15 years, starting in 1996 at Mt. Bachelor and since 1998 with Vail Resorts. He was instrumental in executing the Vans Triple Crown of Snowboarding, Superpark, Cutter's Cup and setting up Breckenridge's first Freeride Team, according to Perry. 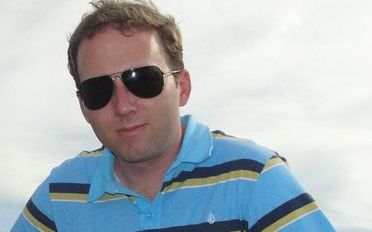 He later moved to Vail Mountain where he managed marketing efforts for the snowsports school and developed the first large-scale Spring Back to Vail end-of-season celebration. He then moved to a brand management position at Beaver Creek. In 2007 he was promoted to head up marketing efforts for Keystone Resort and charged with repositioning the brand as a premier family destination.

"Heading up marketing for one of the most prestigious brands in the ski industry is an incredible honor and truly the opportunity of a lifetime,” said Knapp. “The team at Aspen Skiing Company is second to none and I couldn't be more excited to bring my point of view and help further differentiate the brand while bearing in mind its authenticity and heritage. On a personal note, my wife Julie and two boys are excited about relocating to the Roaring Fork Valley and look forward to becoming part of the community and taking advantage of everything it has to offer."

Last year, Knapp was appointed as an at-large board member at the Colorado Tourism Office — a legislatively created division within the Governor's Office of Economic Development and International Trade.

This particular papers fabulous, and My spouse and i enjoy each of the perform that you have placed into this. I’m sure that you will be making a really useful place. I has been additionally pleased. Good perform! North American Bancard Agent Support

Some truly wonderful work on behalf of the owner of this internet site , perfectly great articles . link sbobet

There are specific dissertation web sites over the web any time you access not surprisingly launched in the web blog. Best Product

Some truly wonderful work on behalf of the owner of this internet site , perfectly great articles . Vizni centar za Tursku

Nice to read your article! I am looking forward to sharing your adventures and experiences. ЗАЯВЛЕНИЕ НА ВИЗУ В НОВУЮ ЗЕЛАНДИЮ

Good artcile, but it would be better if in future you can share more about this subject. Keep posting. I-Visa Yebhizinisi laseNdiya

This is the type of information I’ve long been trying to find. Thank you for writing this information. North American Bancard Agent

I admire what you have done here. I like the part where you say you are doing this to give back but I would assume by all the comments that this is working for you as well. Turkey Visa for Bahamas Citizens

howdy, your websites are really good. I appreciate your work. ویزای اورژانسی هند

Thanks for picking out the time to discuss this, I feel great about it and love studying more on this topic. It is extremely helpful for me. Thanks for such a valuable help again. Turkey Visa Online

Impressive web site, Distinguished feedback that I can tackle. Im moving forward and may apply to my current job as a pet sitter, which is very enjoyable, but I need to additional expand. Regards. NÚDZOVÉ VÍZUM DO KANADY

A great content material as well as great layout. Your website deserves all of the positive feedback it’s been getting. I will be back soon for further quality contents. indian visa from singapore

Great post but I was wondering if you could write a little more on this subject? I’d be very thankful if you could elaborate a little bit further. Thanks in advance! Canada Visa for Norway Citizens

hi was just seeing if you minded a comment. i like your website and the thme you picked is super. I will be back. New Zealand turistvisum

A very excellent blog post. I am thankful for your blog post. I have found a lot of approaches after visiting your post. Đơn xin thị thực Thổ Nhĩ Kỳ

Succeed! It could be one of the most useful blogs we have ever come across on the subject. Excellent info! I’m also an expert in this topic so I can understand your effort very well. Thanks for the huge help. Процесс подачи заявления на визу в Турцию

Really I enjoy your site with effective and useful information. It is included very nice post with a lot of our resources.thanks for share. i enjoy this post. indian visa for french citizens

What is an outstanding post! “I’ll be back” (to read more of your content). Thanks for the nudge! Indian Visa On Dide