Entitled “GASSED! Citizen Investigation of Natural Gas Development (pdf),” the report details how the air samples, taken near homes, playgrounds, schools and community centers, were analyzed by a certified lab.

“Carcinogenic chemicals like benzene and acrylonitrile should not be in the air we breathe – and certainly not at these highly alarming levels,” said Dr. Mark Chernaik. “These results suggest neighboring communities are not being protected and their long-term health is being put at risk.” 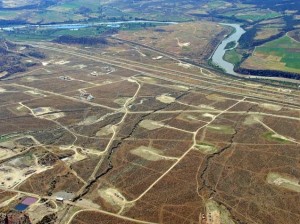 As part of the air-quality study, neighbors of natural gas drilling operations were asked to record various chemical odors, sample the air quality and appeal to various regulators to investigate complaints.

“My husband, pets, and I have experienced respiratory and other health-related problems during the 12 years we have lived on Cow Canyon Road in La Plata County, Colo.,” Jeri Montgomery said of nearby natural gas development. “We believe these health issues are related to the air quality in our neighborhood and in the area.”

Battlement Concerned Citizens, a community advocacy group fighting a natural gas drilling plan in western Garfield County, also participated in the study. The group in May expressed dismay when the Garfield County commissioners dropped an independent Health Impact Assessment that would have included air-quality sampling.

“The commission's decision to not finalize the HIA symbolized their disinterest in truly understanding natural gas's impacts to public health. GarCo citizens were left to find their own answers when GarCo stopped the HIA process and disowned the draft recommendations,” Smith said.

Chemicals detected in the nine air samples collected for the Global Community Monitor were found to range from three times to 3,000 times higher than what's considered safe by state and federal agencies.

Asked if the study had been presented to the Colorado Oil and Gas Conservation Commission, which oversees oil and gas drilling in the state, Smith said that hasn't happened yet.

“Where appropriate, we look forward to sharing the findings with pertinent regulators and public health officials,” Smith said. “Nonprofits and citizens want to contribute meaningfully to critical data collection efforts meant to fill existent gaps. However, the agency has specific ways it collects data and there is not necessarily willingness to embrace data collected by another.”