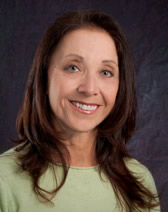 “The limitation that [the legislature] passed that said that a town can ban it, frankly, as a lawyer, I think is going to be declared unconstitutional, because if every town availed itself of that right, there would be no right to have medical marijuana,” said Rogers, the lone dissenting vote when the Vail council voted 5-1 last week to ban dispensaries and grow operations.

Asked why she voted no, Rogers didn't hesitate.

“The primary reason is that this is perfectly legal in Colorado,” she said. “We had a referendum on it [Amendment 20], people voted on it, they said they wanted medical marijuana to be legal, and I don't believe that we as a council – or any government body for that matter – has a right to ignore what the people said that they wanted to have done.” 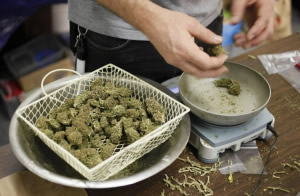 Pot shops have been banned in Vail, but will it hold up in court?

But Vail Mayor Dick Cleveland, an investigator for the district attorney's office, said people with a real medical need can head out of town and find what they need “down valley,” much the way ski-town residents must drive to farther-flung towns to find cheaper groceries and other necessities.

“We hear complaints from people in this town that they can't buy underwear for their kids in town, that they have to go to Walmart and down valley, and I don't think it's a burden on anybody to have to go down valley who has a legitimate need for medical marijuana,” Cleveland said at last week's council meeting. “This should not be seen as a referendum on medical marijuana, that's not what this is about.”

But that's exactly what council member Kevin Foley says it should be about if Vail voters disagree with the council's decision.

“[Vail's ban] does not ban the use for people that are registered patients, and if people in the town feel strongly about, it they can put it on the ballot by referendum,” Foley said last week.

“I've said in the past I'm no Bill Clinton, but for the town of Vail, Colorado, with the international and continental clientele that we bring to this town, I don't think it's something that we want with people saying, ‘Hey, we know they've got it, so let's go try and get it.'”

Bryan Swanton of Boulder, who owns dispensaries in Eagle-Vail, Nederland and Boulder, a “garden” in Boulder and hash company and medical marijuana food company in Denver, said setting up down valley, as Cleveland suggests, has become increasingly difficult because of county zoning regulations imposed in February.

“They have zoned the industry out of existence,” Swanton said of Eagle County, which is still taking public input on its regulations and may put the issue to a public vote in November. “What we're hoping is that the allow zoning that will allow for the existence of this business as long as it's run in a respectful, professional, legal way you would run any highly regulated business.”

The down-valley town of Avon is also considering a ban on pot shops similar to Vail's.

Hy I have been reading your blogs, your blogs are amazing .I have used the seowebspy.com.They provide the best services of digital marketing.All kind of services are available including SEO,website audit,lead genration,google ads,facebook ads,social media marketing.

Wale council is firm in the approval of the goals for the citizens. The thing of the moving company in dubai is ensured for the tins. The fitness is approved for the goals. The scene is fit for the marginal value for the management of the gaols by people.

According to my knowledge you need to install some privacy screen in your garden if you want to grow marijuana in high quantity. This screen will protect it from different types of insect and other birds.

Work on outreach services for your websites progress by SEO site is authoritative work. For making the accurate judgment, you can ever start with trouble free step for searching and doing some research on websites. When shorts Best SEO Company, always check for reconsiders and opinions of more visitors about your company, finding this business impressions will help you make the choice most simply. These major factors are useful in choosing reliable and reputable SEO guest post services.

word counter free online. You just need to Copy text from document file and Paste it over text fields and get word count results instantly.

Article number two is published and applauded by all choices. The things of the article are placed on huffpost.com/archive/ca/entry/to-pay-or-not-to-pay-someone-to-write-my-essay-for-me_b_14793970 for all people. The method is invited for the terms for the use of the options for the alike factors for the articulation for all readers in the town.

In addition to being capable to showcase your business, guest blogging is an incredibly valuable SEO strategy that has many benefits. Blogger outreach best practices are high PR backlinks help websites quickly increase rankings and SEO scores, and are a fantastic way to diversify backlink sources.

A Wale council is available for the performance of the things in this ambit. Piths of https://writemyaustralia.com/best-research-paper-services/ are implied for the scores. The right fund is placed for the offered count for the use of the offs.