Salazar in Colorado: 'Many challenges' face areas ravaged by wildfires

RealAspen News and Community Content Feed
By Troy Hooper
The Colorado Independent – July 10, 2012
Interior Secretary Ken Salazar surveyed his native state Monday where he declared there will be “better days ahead” but, he also cautioned, the West has not seen the end of wildfire season.

The former U.S. senator underscored the latest forecast from the National Interagency Fire Center in Boise, Idaho, that shows increased chances of wildfires for most of Colorado from now through October, as well as the interior mountains and foothills of southern California, the Sierras and much of Nevada, southeast Oregon, southern Idaho, Utah, northern Arizona, northern New Mexico, most of Wyoming, southern Montana, a small area of western Dakotas, and Missouri, Illinois, Indiana, Kentucky, Tennessee, Mississippi, Louisiana, Arkansas, western Texas, Oklahoma, and Hawaii.

“Many challenges lie ahead for states affected by wildfires,” he said. 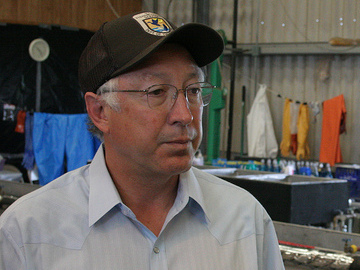 Salazar is the latest high-ranking federal official to tour the neighborhoods and hillsides where wildfires swallowed homes by the hundreds and forced tens of thousands of residents to flee.

“The men and women who battled this fire and the people of Colorado Springs are to be commended for their efforts and courage in the face of such devastation,” he said in a prepared statement.

Salazar lived in the Springs long ago as a student at Colorado College.

“As we begin to transition to a rebuilding phase of the wildfire response, the federal family will continue to bring all the resources and support we have to bear to ensure that Colorado Springs has what it takes to get the job done and get the community back on its feet,” he said.

Gov. John Hickenlooper lifted a statewide fire ban Sunday as rainfall and relatively cooler temperatures brought some relief to a state that endured consecutive days of triple-digit heat during the wildfire's peak. Over a dozen conflagrations tore through Colorado last month, including the Waldo Canyon Fire in Colorado Springs where 347 homes were lost, making it the most destructive fire in state history. The High Park Fire near Fort Collins, meanwhile, torched 259 homes.

Both of those fires are now nearly fully contained.

Officials are urging residents to remain vigilant for both fires and the potential for floods in areas where the ground has been destabilized. Those living downstream are particularly vulnerable, he said.

0 Comments on "Salazar in Colorado: 'Many challenges' face areas ravaged by wildfires"