RealAspen News and Community Content Feed
By David O. Williams
Real Aspen – December 1, 2011
Bode Miller feels right at home in Beaver Creek – and he knows its Birds of Prey World Cup course better than perhaps anyone on the circuit – so it's no surprise the 34-year-old American superstar is stoked to spend one more week in the Vail Valley.

“The World Cups here next week are good,” Miller said Wednesday night at the new Tommy Bowers store in Solaris at Vail. “It's traditionally been a good place for myself and the team – the results usually come here – and then it's Colorado and the conditions are great and it's great weather.” 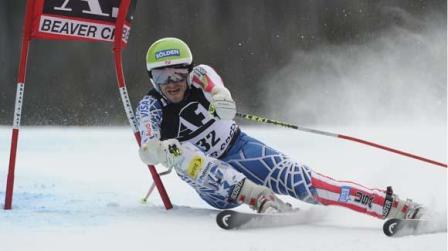 Bode Miller at Beaver Creek.
U.S. Ski Team
The five-time Olympic medalist was referring to the cancellation of Dec. 10-11 races in Val d'Isere, France, because of a lack of snow in Europe. International Ski Federation (FIS) officials announced late Wednesday that the French races are being rescheduled in Beaver Creek Dec. 6-8 after the three normally scheduled races this weekend.

“It's nice for us because the food is nice, we have great accommodations, the lodging, everything,” Miller said of Beaver Creek. “For us it's definitely an upgrade from having to fly over to France, the jetlag, plus France is eight hours away from our next stop [in Val Gardena, Italy, Dec. 14-17) so it skips an eight hour drive right after World Cup.”

Three of Miller's American male record 32 World Cup wins have come at Beaver Creek, first with a downhill in 2004 and then with a giant slalom in 2005. He has not won here since his downhill victory in 2006, but he doesn't seem to mind missing out on Val d'Isere, even though his first-ever World Cup win occurred there in a GS in 2001.

Park City, Utah's Ted Ligety is the defending GS overall discipline champion and also the defending Beaver Creek GS winner. He, too, doesn't seem to mind skipping Val d'Isere to compete in an extra GS and slalom in Beaver Creek next week after this weekend's downhill, super-G and GS.

“We've prepared really well here, so it's nice not to have to travel across the ocean in a hurry to do the [Val d'Isere] race,” said Ligety, who won the season-opening World Cup GS in Soelden, Austria, in October.

Miller was fourth in Wednesday's downhill training, a mandatory requirement and official prerequisite to staging Friday's downhill run. With high winds and snow blowing in today, FIS officials tried to get in a training run Tuesday, but Miller and others determined some of the rollers were too dangerous and the course was modified for Wednesday's training.

“They just plowed all the big bumps over,” Miller said. “There were five or six real danger areas and they just kind of flattened them out and it was fine.”

The ageless Didier Cuche of Switzerland, who won last weekend's downhill in Lake Louise, Canada, and was second in the super-G, turned in the top training run time on Wednesday. Norway's Aksel Lund Svindal, who won the Lake Louise super-G, was ninth in training. 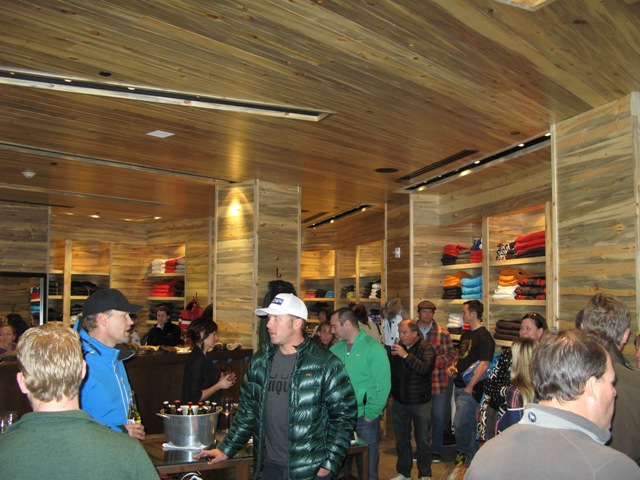 “For me, I'm fast on that hill; I don't know why,” Ganong said last month during training at Copper Mountain. “Last year I was 7th in a training run there before the first race. The race was cancelled so I didn't get a chance to race downhill there, so this year I'm really looking to get on that hill and race and see what I can do. I definitely have a lot of confidence after that training run last year.”

Ganong earned points in both of the speed events in Lake Louise last weekend, finishing 27th in the downhill and 28th in the super-G. Miller was the top American in ninth place in both races. Ganong loves what he's seen so far of the Birds of Prey course and is pumped for Friday.

“That hill is amazing,” Ganong said. “It's prepared better than any other hill on the World Cup tour. The hill itself is really challenging and demanding and there's fun jumps, good gliding sections, technical sections, it has everything.”

Friday's downhill starts at 11 a.m. at Red Tail Camp. It's free and open to the public, with free shuttle rides out of Beaver Creek Village. Saturday's super-G also starts at 11 a.m., and Sunday's first run of GS is at 9:45 a.m.

Go to www.bcworldcup.com for more information and to see the full schedule for next week's races, including the first ever women's super-G on the Birds of Prey, featuring hometown favorite Lindsey Vonn on Wednesday, Dec. 7.

Awesome blog. I enjoyed reading your articles. This is truly a great read for me. I have bookmarked it and I am looking forward to reading new articles. Keep up the good work! Belbuca 450 mcg

This is such a great resource that you are providing and you give it away for free. I love seeing blog that understand the value of providing a quality resource for free. Buy Google Reviews

Well we really like to visit this site, many useful information we can get here. https://dewatogel-memenangkan-lottery-hooky.webnode.page/

I feel very grateful that I read this. It is very helpful and very informative and I really learned a lot from it. judi slot online inak918

Wow, What a Excellent post. I really found this to much informatics. It is what i was searching for.I would like to suggest you that please keep sharing such type of info.Thanks mega888 free credit rm10 2022

That is really nice to hear. thank you for the update and good luck. 918kiss Free Credit

Easily, the article is actually the best topic on this registry related issue. I fit in with your conclusions and will eagerly look forward to your next updates. https://www.iconwin999.org/

The worst part of it was that the software only worked intermittently and the data was not accurate. You obviously canot confront anyone about what you have discovered if the information is not right. infinity miirror ideas

Thanks for providing recent updates regarding the concern, I look forward to read more. apple macbook pro m2 delhi

The World Cup 2022 is interrupting the normal schedule of Premier League, Championship and other European football league seasons, it raises the question as to what will happen to these competitions. watch Fifa World Cup live

Start times for the final round of group games of qatar fifa world cup 2022 and the following knockout matches, will take place between 6:30pm, and 10:00pm in at local timing (3pm as well as 7 pm UK timing). You can watch Football World Cup 2022 live Online

When will be when the FIFA World Cup opening ceremony? The extreme summer temperatures in Qatar of around 35C (95F) and 45C (113F) have caused the men's international tournament to be moved out of its usual time slot during the months of June and July. Instead, all games will be held over a period of 29 days from mid-November until late December. World Cup Opening Ceremony Streaming Online