RealAspen News and Community Content Feed
By David O. Williams
Real Aspen – November 30, 2011
Clearly U.S. Forest Service (USFS) officials and opponents of coal mine expansion in western Colorado won't be exchanging Christmas cards this holiday season. Instead, shovelfuls of coal and snark to spare will be dumped in their respective stockings.

“Do you people do anything but sit at your desk taking orders from industry?” asked one public commenter on an environmental assessment of a consent to lease approval in Gunnison County. “How is it that you don't seem to have any say, will power, direction about protecting our public lands from thieves, muggers and greed-heads that spell out ‘mega-corporations.'” 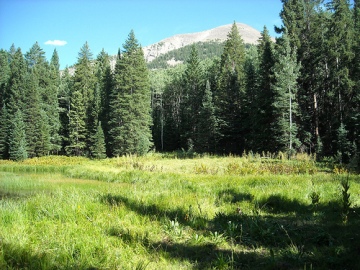 The Forest Service fired back: “We spend about 80% of our time implementing policy and maintaining the balancing act which is the Forest Service's multiple use management goals and minerals management policy (this includes both desk time and field time). The other 20% is spent sitting at our desks responding to snarky rhetorical questions and comments from environmental and special interest groups.”

A draft version (pdf) of the consent to lease approval for a 1,721-acre expansion of the West Elk coal mine was posted prematurely on a USFS website on Nov. 8, providing a rare glimpse at the exasperation of at least one group of federal land managers caught in the tug of war between conservation groups and mining conglomerates.

An edited version was posted (pdf) after environmental groups pointed out the lack of civility from normally staid federal officials. For example, the second sentence was dropped from the previous reply in the edited version.

But Jeremy Nichols of the environmental group WildEarth Guardians blogged that, “You can agree or disagree with a person who commented, but for this kind of flippant response to come from a federal agency charged with managing public resources is a bit out of line.”

Lee Ann Loupe, external affairs and PIS staff officer for the Grand Mesa, Uncompahgre and Gunnison National Forest, said the edited version isn't nearly as “snarky” and the original version in no way reflects official disdain for those opposed to leasing federal lands for mining.

Loupe also added that the consent to lease decision does not permit Arch Coal or any other company to mine the BLM-managed coal beneath the Forest Service land in the Sunset Trail Roadless Area 10 miles east of Paonia. There would be a separate federal and state approval process once the lease is purchased and the mine expansion is proposed.

Nichols and others have blasted the consent decision in the wake of a recent 10th Circuit Court of Appeals ruling upholding the 2001 National Roadless Rule. More than six miles of roads would be needed to service methane wells that would vent the gas from the expanded underground coal mine.

In response to a commenter concerned about destruction of deer and elk habitat for hunting, the Forest Service alluded to the road-building issue:

“Fall big game hunting season opportunities don‘t exactly scream of protecting deer or elk habitat as they are being chased out of it. We also believe that if you‘ve hunted this area, you‘ve probably accessed it using roads or trails associated with coal exploration or mining.”

Loupe said the official replies were regrettable but not illegal: “We all have good days and bad days, so to speak, that we wish we could take some things back. There's nothing illegal, inappropriate or unethical in there, but it's not necessarily the most professional response.”

The main complaint against coal mine expansion in Colorado is that it requires the venting of methane, which the EPA says is 20 times more potent as a heat-trapping greenhouse gas than carbon dioxide. WildEarth Guardians and other groups have sued to compel the Forest Service and BLM to require coal companies to capture or at least flare off the methane.

Coal companies have told the Colorado Independent that capture and use of the valuable gas is impractical and that flaring could spark wildfires. Other companies, however, are engaged in developing and implementing technology to capture coal-mine methane in Colorado.

One commenter on the recent consent to lease, apparently from another state with nuclear power plants, wrote that approval would “thoughtlessly damage a pristine area just so King Coal can make another buck, at a time when man-made climate change due to burning such filthy fossil fuel is patently obvious and should be avoided at all cost.”

The Forest Service shot back that she should cut her power consumption by 49.61 percent – the EPA estimated amount of power generated by burning coal in the United States.

“After all, these efforts begin at home,” USFS officials replied. “We'll worry about the thousands of years of radioactive waste from your home state's nuclear power generation and mining activities on federal lands required to support it in your next modified form-letter comment.”

BLM officials have previously told the Colorado Independent that federal laws dating back nearly 100 years compel the agency to lease coal reserves beneath federal lands. Nichols argues that does not mean federal land managers should ignore climate-change consequences, especially when the head of the Forest Service is so concerned about the issue.

“Broad scientific consensus confirms that global climate change is real and that the impacts are altering forests and grasslands, increasing the frequency of disturbance events and diminishing the ecosystem services they provide,” USFS chief Tom Tidwell told Congress last year.

“Some of the most urgent forest and grassland management problems of the past 20 years — wildfires, changing water regimes, and expanding forest insect infestations — have been driven, in part, by a changing climate. Future impacts are likely to be even more severe.”

Deforestation came up in the coal mine consent to lease approval, with one commenter saying, “We are destroying more oxygen-making forests to produce carbon-dioxide making coal.”

Forest Service officials replied: “Might be true if the aspen in the lease area weren't dead or dying anyway.”